At 24-years old, Trigger from Esher in Surrey, is one of the youngest solo skippers among the 123 who started the four yearly classic ocean race on November 4th. Sailing a British-designed Class40 Concise 8, his elapsed time for the Saint Malo to Pointe-à-Pitre course is 18 days 6 hours 18 minutes, finishing some 2 days and 2 hours behind the class winner, French racer Yoann Richomme.

Grinning in the fierce sunshine as he downed the celebratory traditional ‘Ti Punch’ tot of Guadeloupe rum, Trigger said he was delighted to have achieved his main objectives on his first ever solo ocean race.

His Class40 yacht has had to withdraw from several previous Transatlantic races with technical and structural failures, but this time there were no problems. Trigger brought Concise 8 through a very tough first ten days of racing for the fleet which saw 52 starters and 17 solo skippers forced to abandon.

The class of 40 foot monohulls was the worst hit of the six divisions, taking the brunt of three successive Atlantic low pressure systems before they could break into the trade winds and the motorway miles to the Caribbean.

“I always said I would be really careful in the first week to just look after the boat and myself and I am pleased to have done that. The price I paid then was that the boats in front got away and I found myself a little bit on my own,” Trigger explained.

“I was kind of kicking myself at times because I then felt maybe I could have pushed more, but I have to be realistic. It was my first time solo, so the first time on my own that I have seen 50knots and been responsible for myself and the boat, and even that took some getting used to.”

He admitted that the first 24 hours were much harder than he expected, not just because of the stormy conditions in the west of the English Channel and the Bay of Biscay. “I struggled the first day, leaving all the people behind. You have this idea you get on the boat and forget everything and everybody but that is just not the case. It sat over me for the first day and I was really quite nervous but then I settled into it. I had no big dramas. Falling off waves in 50 knots is a bit new for me but I kind of took it my stride and here I am.”

His conservative first few days, in accordance with the pre-race strategy, meant Oxford University graduate Trigger spent much of the race with a significant 100-mile gap to his nearest rival. But by today’s finish he has narrowed the deficit, finishing within 35 miles of seventh placed Frenchman Antoine Carpentier. 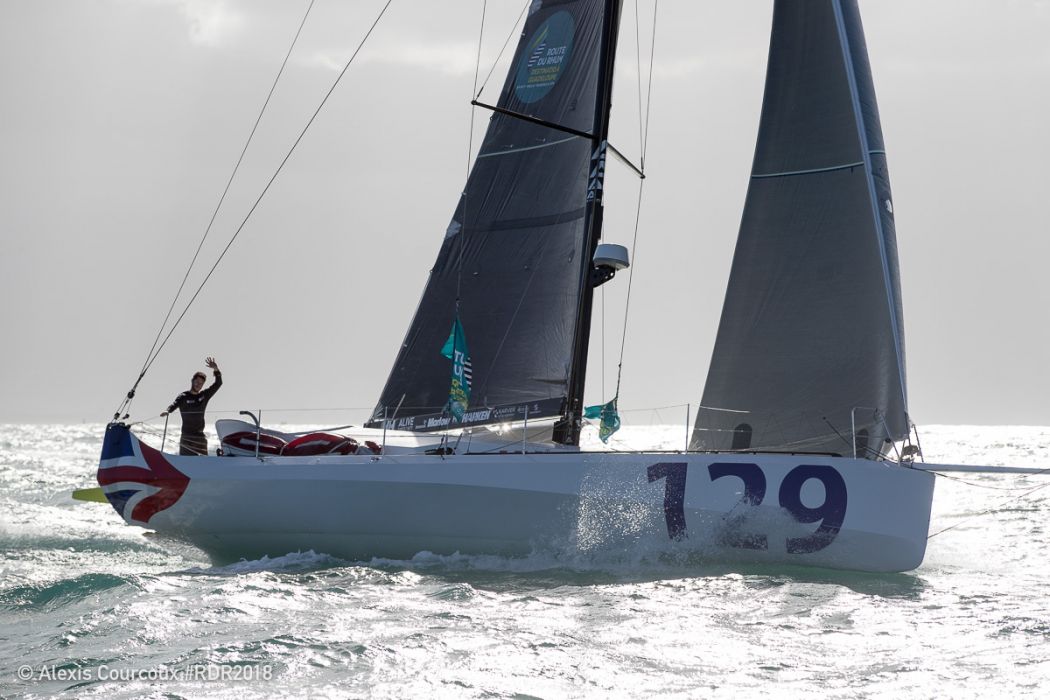 Summing up his race, Trigger said: “I said I’d be happy to finish in the top 10 and I’m eighth. And I finished. It was a tough race. We had those three big depressions and I really took a kicking. Then you think it will get better in the trade winds and that is just not the case, it was breezy all the way.

“The longest race I had done before was eight days so it was long. And I am pleased for the boat, it had a bit of a history but we did an awful lot of work, working smart and I am happy for the boat too.”

Trigger, who also had to manage his Type 1 diabetes during the race, is the youngest solo racer to finish this edition so far and at just 24, marks himself out as future prospect in British solo and shorthanded racing.“I never think about my age. I don’t ever want it to define me. This is what I do but I guess it is an achievement in itself.”