Well, yesterday was not the day we hoped for!

We had a good start, the plan was to stay conservative as the boat has done so few miles in its new configuration and it was the first time Yoann and I had sailed together, but everything lined up and we left the starting circuit in 4th place.

We then had a really positive 12 hours or so mixing it up with the top 5 boats around the St Marcouf Islands and then heading across the channel, proving that both us and the boat are up to speed.

Yesterday was a different story, we got caught in a nasty wind hole with a few other boats, allowing the rest of the fleet to make the tidal gate through the Solent and put some considerable miles on us.
We’ve finally got some wind again as we head west past start point and our primary focus now is to chase down as many boats as possible before the finish.

Offshore sailing can be a cruel sport, but we can’t forget that for us this race is about getting some miles on the boat and learning as much as possible having had so little time to prepare.
Now then… Where’s that next boat?! 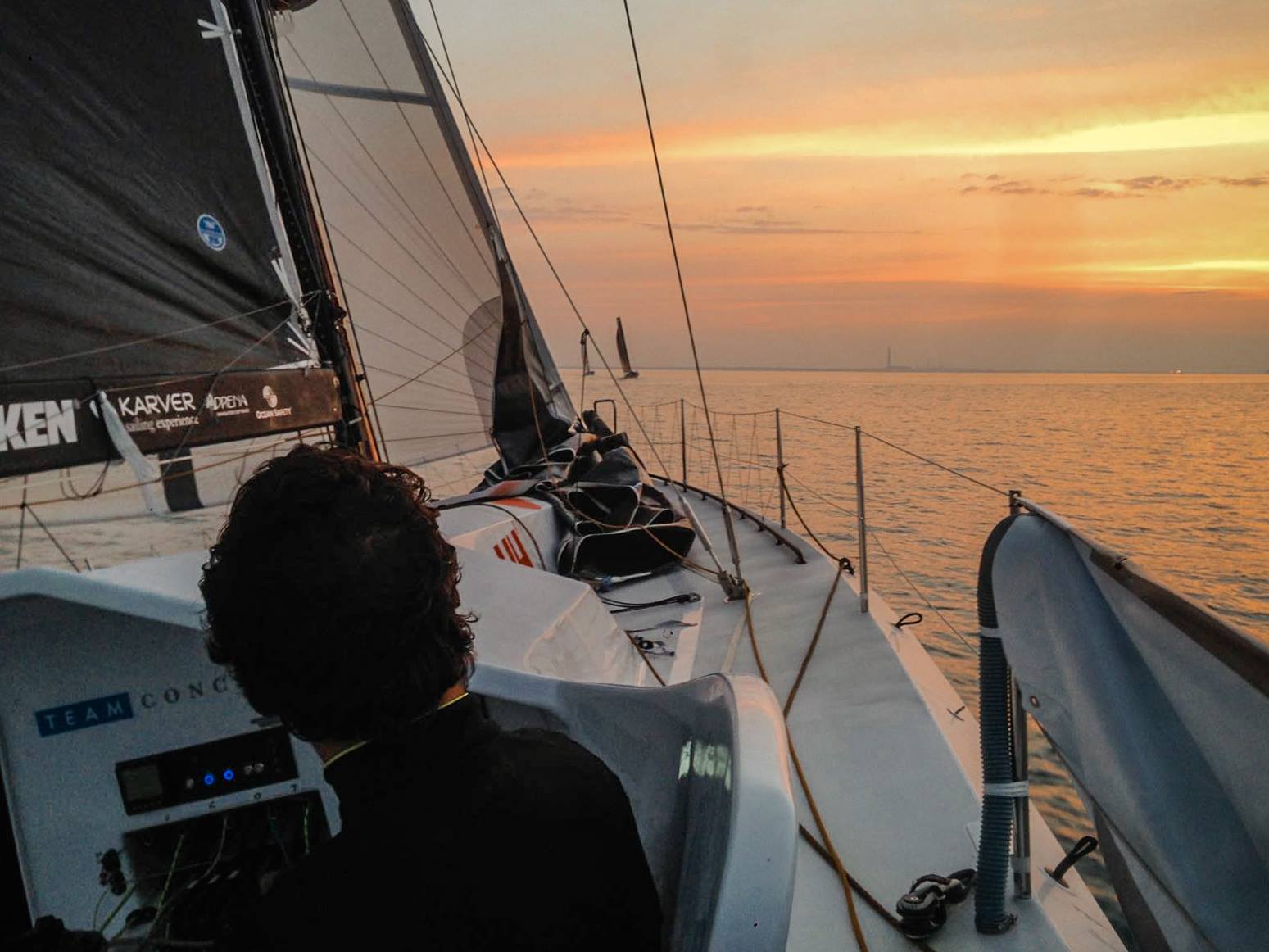 Cruising along the Irish coast with the A2 up and it feels like we must be getting good at this light wind sailing by now!

Boat speed is good and while it looks like any chances to catch the leading pack are now slim, we’re still focused on getting to the front of our group!
There are some great boats back here that got stuck like us so we’re in good company!

Managed to get some sleep last night and eating well, ready for the next shutdown at the Fastnet – will it ever end?!

And finally we’re reaching! Got the zero up and just about hanging on to it in around 15 knots of wind, the suns come out to play and we’re back in the English Channel.

We did quite well the night before last in what was a cruel shutdown – so close to the Fastnet rock that you could touch it but without enough wind to beat the tide and slip around it! Pretty daunting in the pitch black fog when you can hear the roar of the current flooding around it 100ft away.. But we managed to overtake Oman and Azeo and have kept them at bay since.

Next up are Manorga and Phorty who are a little further ahead but we still have some time and are fast at the minute.

The leaders are expected in late this evening and us sometime tomorrow afternoon with the rest of our pack. It feels a life time ago we were all separated at the Isle of Wight! 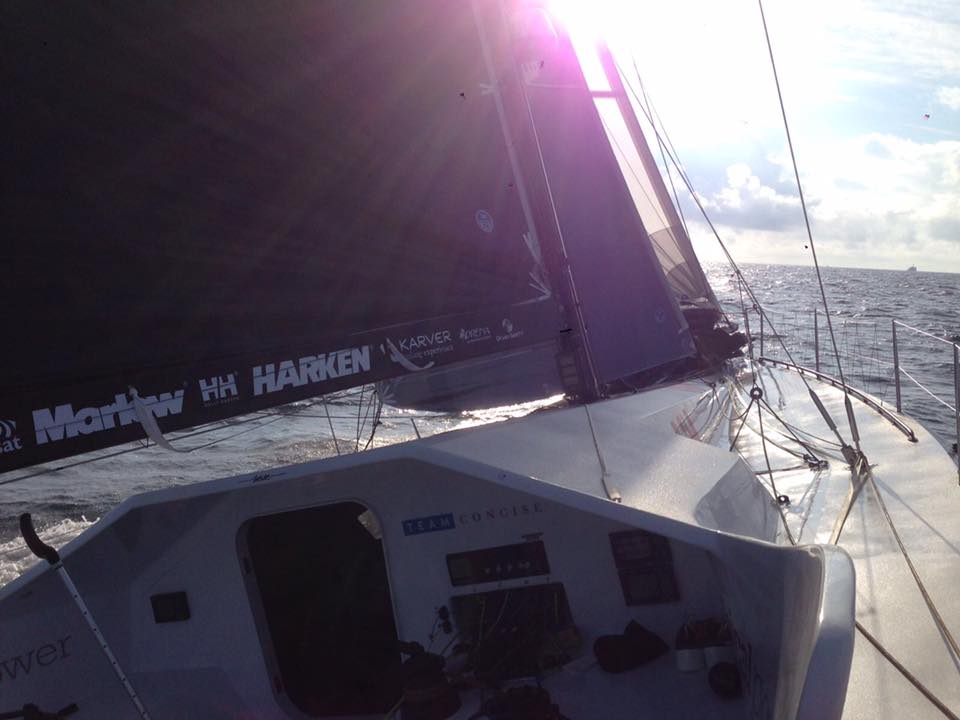 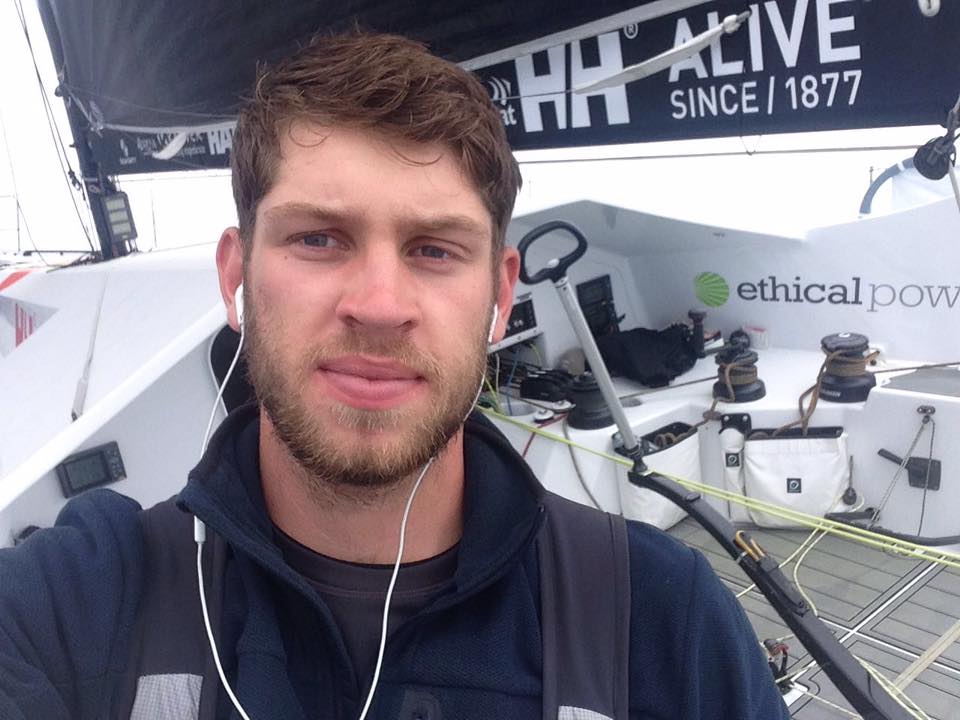